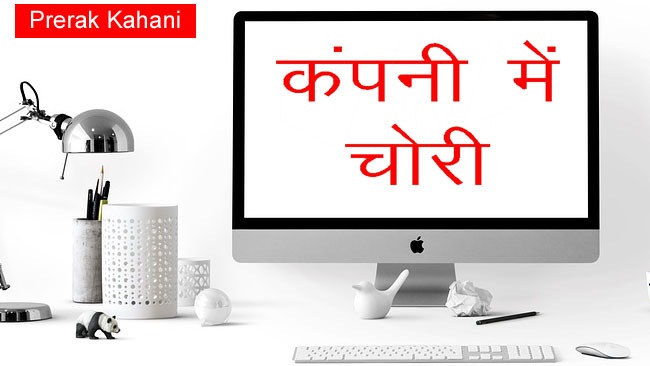 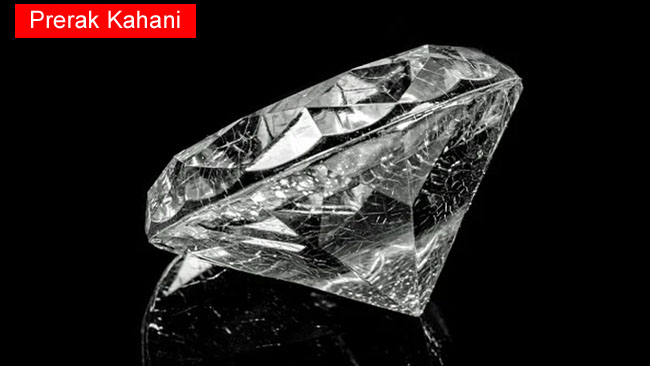 ''we were sleeping. Suddenly, two-three gun masked men entered our room. He opened the vault from us at gunpoint and took away diamonds worth crores of rupees kept in the vault."

At that time it was almost one o'clock in the night. Inspector Cheetah Chatursingh reached the office by patrolling along with the policemen. At this time, the phone rang.
As soon as he picked up the phone, a voice came from the other side saying, "Hello, I am speaking Seth Gajraj Elephant, the owner of Poonam Jewelery. Can I talk to Inspector Chatursingh. "

"I am speaking Inspector Chatursingh ...... Say what is the matter?"
"Just now, three-four masked gunmen have entered my house and looted diamonds worth crores of rupees."
Hearing the news of the diamond robbery, Inspector Chatursingh asked the driver to get out the car quickly and immediately proceeded towards the house of Seth Gajraj with the police team.
After reaching there, saw the dark shadow of Seth Gajraj's house. There was no watchman at the gate.
Inspector Chatursingh pushed the door and reached inside the room. The room was dark. They lit the torch and started finding the switch boards inside the room. He saw a switch board in the light of the torch. Swizzed on. The room lights up.
He saw in the light of light, Gajraj and his wife were tied on the chair in front. His mouth was tied with a cloth.
Inspector Chatursingh went ahead and took out the cloth from their mouths and opened the rope of both of them.
Gajraj said, "I was robbed ...... was ruined ...... I went bankrupt." The diamonds of my crores were plundered. "
Inspector Chatursingh asked for information about the incident.
''we were sleeping. Suddenly two-three gun masked men entered our room. They opened the vault from us at gunpoint, and ran away with diamonds worth crores of rupees kept in the vault. "

The inspector asked, "Where did the masked come from."
Gajraj pointed to the window in the room and said, "Maybe from there."
"Where did you go from ..."
"From where he came, he left from there", Seth Gajraj replied.
Inspector Chatur Singh asked, "When did the masked bind you?"
"Before leaving, they tied us to a chair and went looking for cloth on the mouth," Seth Gajraj told.
"You don't have servants or watchmen", the inspector asked.
"Both of them have gone on vacation," Gajraj said.
"Somebody is suspicious."
"No, I don't doubt anyone ..." Where did Gajraj go.
The inspector began to investigate thoroughly around the window. They did not see any such mark there, so that it could be known that someone had come in through the window. He inspected the room closely, but he could not find any clue there either.

It was morning while investigating. But the inspector did not find anything there. They filed a complaint of theft.
Inspector Chatursingh sought information about the watchman and the servant.
Seth Gajraj said, "I don't know anything about both of them. She had spoken of coming back in two days, but has not returned yet. "
Scolding Inspector Chatursingh Seth, he said, "You don't know if any servant and watchman should get to know him well before putting him in work." Not only this, their information should be sent to the police station. "
"Both seemed very straightforward and honest. That is why these things were ignored. I will keep this in mind from the beginning. Whenever I will hire a new servant, I will definitely give it to the police station. "
Many months passed, but nothing was discovered about the loot of crores of diamonds that took place at Seth Gajraj.
Inspector Chatursingh reached Seth Gajraj and said to him, "You are arrested on charges of writing false reports of theft of diamonds and misleading the police."
Seth Gajraj said, "You can't arrest me without proof."
Inspector said, "Along with the evidence, we have also brought a warrant of arrest."
On receiving the information about the robbery of the diamonds, when I reached your house to investigate, at the same time I knew that the diamonds had not been robbed. "
"When I reached your house, you and your wife were tied to the chair at that time. The cloth was tied in the mouth of both of you. "
I got suspicious at the same time when your hands and feet were tied to the chair and the cloth was tied in the mouth. How did you call the police then? "
On hearing the inspector, Seth Gajraj became sweaty and his wife started crying in fear.
The inspector said, "Your wife and servant Monu Rat have supported you in this theft drama.
When I investigated this matter carefully, it was found that recently you had the diamonds insured. You did a drama to get stolen to get the insurance money. "
"First you sent the watchman on leave. After this, the servant got lured with money and mixed it with him. "
"You called the police station at one o'clock in the night. After this, according to your description, the servant tied you and your wife to a chair and tied a cloth in the mouth and went to his village from here. "
When I started investigating the matter, I understood the matter clearly. That is why he first went to the village and met Monu there.
When I asked the servant, "Seth Gajraj has told the police your name to protect himself." Seth says diamonds were stolen by his servant Monu. Hearing me, Monu fell on my feet. He told all the truths.
When the Inspector gave voice, Sub Inspector Bahadur came inside the room with Monu with him. The handcuffs were tied in Monu's hand.
Inspector arrested Seth Gajraj. To support Seth, his wife and servant were also arrested.
The inspector said, "No matter how clever the criminal is, he cannot escape from the eyes of the police."
at May 17, 2021 No comments:
Email ThisBlogThis!Share to TwitterShare to FacebookShare to Pinterest
Labels: English Moral Stories, Jasoosi Kahani
Location: United States 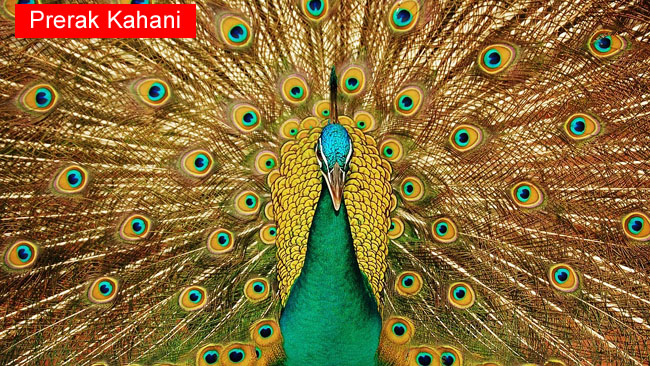 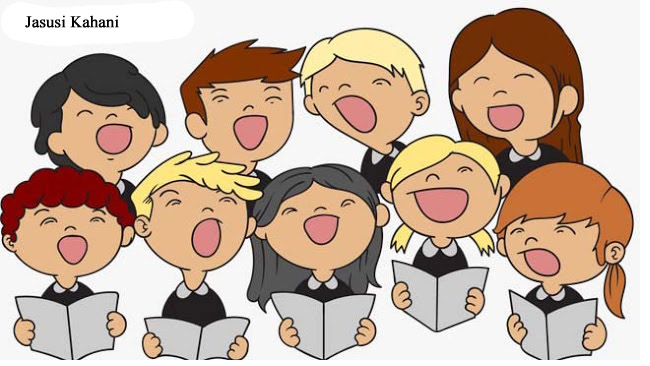 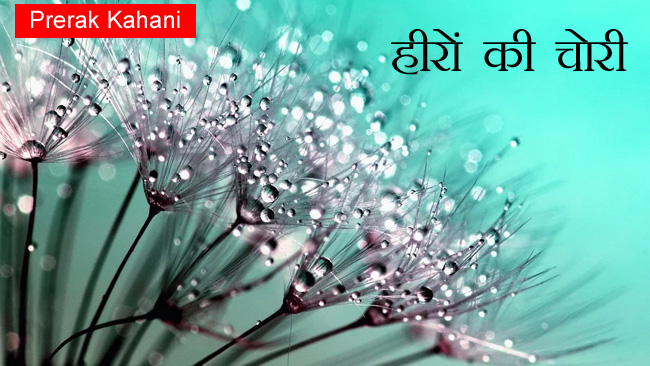 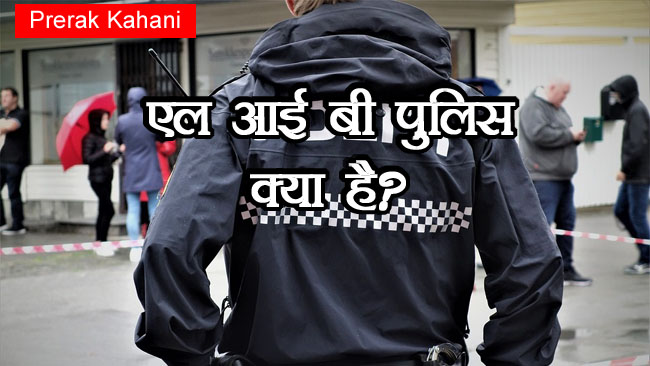 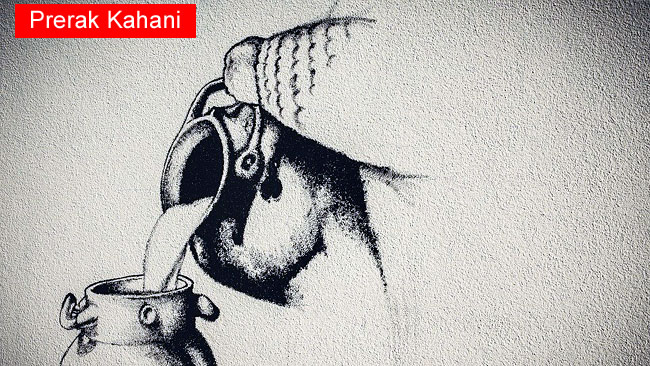 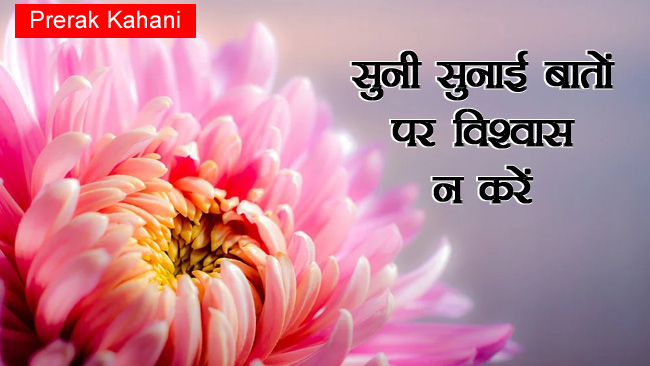